My name is Stan Weinstein. I am an active 63 year old retiree. 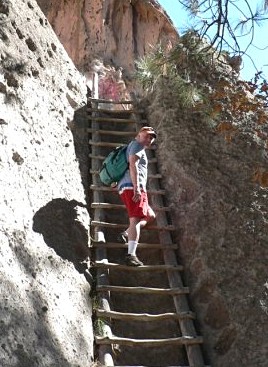 I taught Math and Computer Science at a high school in NYC for 34 years. My
surgery took place on June 22, 2009 at Holy Name Hospital in New Jersey. My
surgeon was Dr. David Feldman of Active Joints Orthopedics in Englewood, NJ.
Dr. Feldman was assisted by PA, Josh Falto.

I first noticed problems with my left hip in 2005. I thought I had pulled a
muscle and I tolerated the aches and pains in the hope that rest would
alleviate the situation. I continued to go about my daily routines. None of
the common methods of resolving the aches and pains proved successful.

As time went by, things got progressively worse and I visited Dr. Feldman in
the Spring of 2008. After analysis, he confirmed a bone on bone problem in
the hip. Dr. Feldman thought I would be a good candidate for resurfacing as
long as my bone density was adequate. But I just wasn’t ready. I was afraid
to ‘pull the trigger’. As the next twelve months went by, the hip
deteriorated at an accelerated rate.

I began avoiding long walks. I avoided climbing stairs. I was constantly
approached by friends and colleagues who wanted to know why I was limping.
My new ‘normal’ gait had made it clear to the rest of the world that I had a
problem.

I had become unable to carry on many of my usual activities. I was unable to
find a pain-free and comfortable position while sitting on an airplane or in
a movie theater. Sleeping was becoming more difficult. My level of physical
activity dropped precipitously and I was not a happy guy!

It had become obvious that it was time to have the surgery so that I could
get back to doing the things I loved to do. I went back to Dr. Feldman in
the Spring of 2009 and I told him I was ready to proceed with the
resurfacing surgery and we set a June date for the procedure. Fortunately,
my pre-op testing went well and my I was in the hospital a total of five
days.

I chose to go home rather than to a rehab facility and I started physical
therapy at home with a therapist who came to the house for about five or six
sessions during those first few weeks. I used a walker for a few days and
then a cane for about four weeks. I had eight weeks of physical therapy at a
local facility and I did alot of ‘walking’ in chest high water at the town
pool. The water therapy was great. I did the prescribed exercises
religiously and thoroughly. I progressed rapidly and by the end of the
August, just two months post op, I was just about fully mobile and pain
free.

I could not be happier with the results of my surgery. I work two to three
days a week in the IT dept. of my former High School. The building has five
floors and I roam about all day going up and down the stairs with no
difficulty and no pain. I work out for thirty minutes at least three times a
week on an elliptical machine and take three mile hikes around Rockland Lake
routinely as well. I walk as far as I want whenever I want. I have no pain.

My wife and I traveled to New Mexico in October and we covered a lot of
ground in national and state parks and I never had to back off of any
activity. I have attached a photo of myself climbing a set of ladders in
Bandolier National Monument.

A Joni Mitchell lyric often comes to my mind: “Don’t it always seem to go
that you don’t know what you’ve got ’til it’s gone”. I certainly know what
it’s like to lose the freedom to move, walk, climb, sit, sleep etc. and be
pain free.

I am deeply thankful that Dr. Feldman was able to give me back my mobility.
At my six month post-op visit I told him that I think of him every time I
climb a flight of stairs. It made his day!!

I would be happy to talk with anyone who would like to know of my
experiences with hip resurfacing.