The last two years have brought increasing groin pain, instability, and popping/clunking on a regular basis. Two months before my 4th anniversary I became so alarmed at the consistent instability that I obtained x-rays and cobalt and chromium blood tests. Patient advocate, Vicky Marlow, had several surgeons review them for possible causes of my pain and instability. The following are excerpts from the surgeon’s emails:

1. She needs a revision ASAP before the neck on the femur breaks

2. Neck narrowing due to high ions and there will be some acetabular osteolysis at revision. Yes, early revision is indicated

3. The inclination and version angles are high to start with. The cup appears to have migrated

Much to my disappointment, I needed an urgent revision to a total hip replacement. I chose Dr Scott Ball at the University of California San Diego. Dr Ball has experience with resurfacings, as well as revisions, and you can read about my experiences with the fabulous Dr Ball, his staff, and UCSD, under “Hip Stories – Dr Ball”. My case was so urgent that I had surgery seven days after my initial contact with UCSD. The causes of my failure were: 1. At the time my original BHR was implanted the acetabular was prepared too deep which left a void between the cup and acetabular.

2. Sometime, during the first two years, the cup tipped into a position of excessive anteversion (malpositiones).

My revision surgeon, Dr Scott Ball, felt the femoral neck narrowing was due to excessive wear of the device, following the tipping of the cup, causing metallosis, and subsequent osteolysis.

After the cup had tipped it did re-attach to a small area of acetabular. Once the cup was carefully removed, a bone graft from the femoral head was used to repair that area. On a positive note, the revision was so much easier and less painful. I am recovering approximately twice as fast as with the resurfacing. Originally, I was concerned that I might have to have a THR revision 10-15 years down the road, but with medical device advancement, I may see 20+ years on my new device. And life goes on 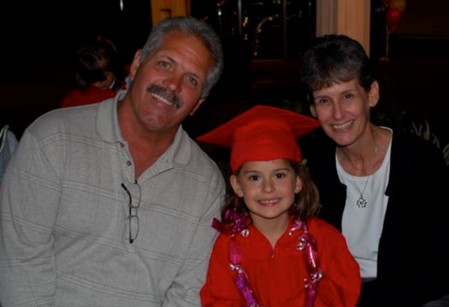 Dr Ball and his staff are nothing short of fabulous! After only four short years on my BHR, I chose Dr Ball to do my urgent revision to a THR, though Dr Ball was not my original BHR surgeon. From my initial call to UCSD (University of California San Diego) appointment desk, to my surgery discharge 11 days later, I experienced nothing but compassionate and caring staff and a wonderful medical center. Since it appeared my condition was urgent the UCSD appointment desk was able to schedule a visit with Dr Ball two days later. Dr Ball spent nearly one hour with me reviewing my x-rays, labs, and discussing my need for an immediate THR. Two days later I received a call that my surgery would be in three days.

When I arrived at UCSD the morning of my surgery all hands were on deck to escort me through the pre-surgery process – which normally occurs over several weeks. Every department knew who and where I was to go next. Staff throughout the medical center was caring and professional and my post-surgery nursing care was excellent.

The icing on the cake was when Dr Ball escorted me to the valet pick-up curb in order to meet my husband and to share with him a bit about my surgery. It was a wonderful send off. My recovery is much easier this time around and I have kept in contact with Dr Ball, via his email, and look forward to my follow up appointment in two weeks.