I am a 52 year old physician who had bilateral hip resurfacing with Dr. Su on
December 18th 2008 at the Hospital for Special Surgery in New York. I had been
diagnosed with moderate to severe osteoarthritis 3 years earlier and
increasingly had to deal with the pain and limitations that this brought on. I
am an avid tennis player who competes locally and in USTA tournaments and
obviously my tennis game was greatly impacted, but so were ordinary activities
of daily living such as tying shoelaces, etc.

My experience with Dr. Su, his staff, and the entire team at the Hospital for
Special Surgery was nothing short of amazing. I left the hospital 6 days after
surgery and was discharged to my 2 story home. My wife was terrified that I
would be climbing stairs immediately, but it was no problem. I started
outpatient physical therapy one week after being home, returned to work 4 weeks
after surgery, and started playing doubles tennis in 8 weeks, singles in 12.

I feel better than I have in at least 8 years, maybe longer. I enthusiastically
recommend HR, and especially Dr. Su who is an amazing surgeon in my opinion. 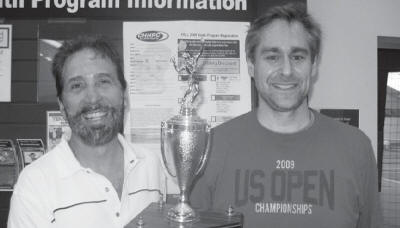