Jamie A’s Testimonial about his right BHR 5/19/14 with Dr. Rogerson.

I am a 62 year old female Triathlete…well I was, until arthritis of my left hip stopped me running about 2 years ago. I struggled on with anti-inflammatories and an infiltration, and had to content myself with just the swimming and cycling. But even walking became difficult and I had pain at night, so I knew something had to be done.

Before I took early retirement in France, I was an Anaesthetist in the UK, and I had heard about hip resurfacing and the good reputation of Mr Mc Minn and Mr Treacy in Birmingham.

So where to go for my surgery? As an Anaesthetist I know how important it is to have an experienced surgeon, so I found surfacehippy a really good way to research possible surgeons and centres. I finally came across Prof Julien Girard at the University Hospital in Lille, France. His secretary gave me his email …

Returning to running was a priority for this BHR patient

Marty F. has been back logging his mileage since 2010 and is still going strong!

“I was your 192nd Hip Resurfacing patient clear across the state, near Sheboygan. 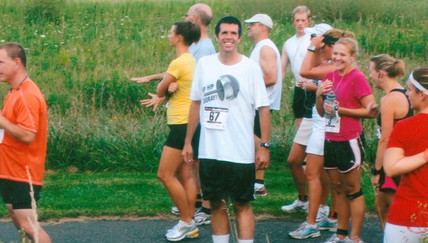 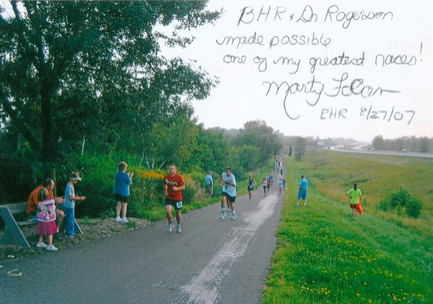 “Hey Dr Rogerson!  Hope everything is well up in Madison!

Things are good here.  I have been limiting my running to only 6 miles per week and my “bad” hip seems to be holding. I’ve been enjoying competition in shorter races and doing pretty well!

I received the honor of being named USAT (USA triathlon) ALL AMERICAN for 2013!  I am going to frame the certificate and send it to you.” 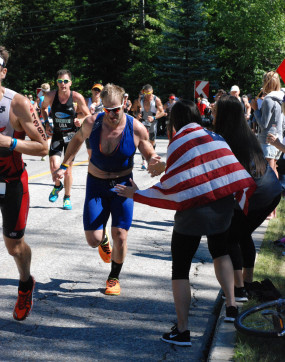 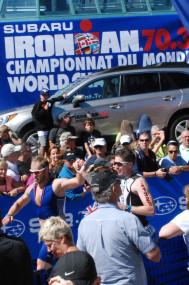 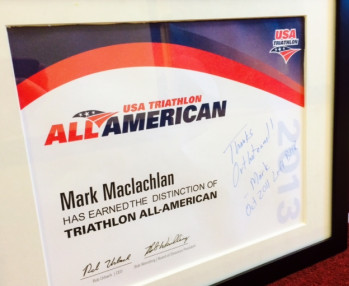 And as I continue my Physical Therapy I get faster and faster. I will say that if I go too hard I get a burning sensation but its hit or miss… so it’s not perfect but find the moment where your clipping off 7 min miles with no pain and you will find a grin on my face.

Hip and I are well.

I finished Ironman 6 months after getting my BHR

At 32 I got the crushing news that my left hip had advanced AVN. I had wrestled from the age of 13 until I was 28 including coaching … 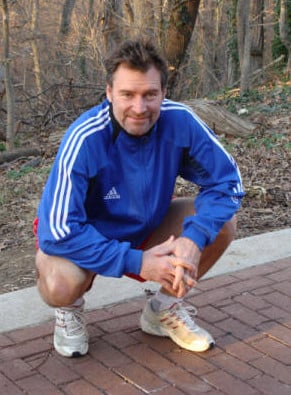 I am a 44 year old former college/professional player. I began playing in the street at age 7 in my neighborhood outside of Washington DC, and kept at it until joining an apprenticeship program for the North American Soccer League in 1982. The NASL began to have financial problems and teams began to fold in the early 80s, in two years the league went from 28 teams to 12, and I opted to continue my playing on scholarship at the University of South Florida. After college, I played in a series of start-up pro leagues like the American Soccer League and the A League…I found myself gravitating back to “amateur” teams as the money was better (long story…). I also ran track and played football in high school, running and weight training has been a passion of mine since I …

I’ve done triathlons for the past 20 years. I had a bicycle crash about 20 yrs ago which started my OA on my right hip. I had to stop running about 4 yrs ago and decided to get RBHR this year, 2008. I had my pedal stoke analyzed in March 08 and I was pedaling 60% with my left and 40% with my right.

I first heard about the BHR from Floyd Landis after the tour in 06. I consulted with Scott Tinley quite a bit before opting for Dr. Rogerson to do my BHR.

I’m two weeks post op and I would suggest to go into surgery as fit as possible without putting yourself in pain. I can only speak for myself but I was teaching 5-8 spinning classes a week and riding outside on the weekends for 1-2hrs up some good climbs. I …

Read Rick’s Original Story about his BHR and Revision here

In October 2013, against all odds and at 60 years of age, Rick Rubio surprised himself by placing 28th in his age group in the Ironman World Championship. He managed a personal best time of 12:39.

Just a few short years earlier no one – not even Rick – would have believed this accomplishment could be possible.

Born in South Bay, San Francisco into a family of addiction, Rubio’s parents and older brother exposed him to drugs and alcohol at an early age. A poor student with low self-esteem, Rubio used self-medication to cope and began getting drunk and high at age 10. This continued with dire results for 18 years. In desperation Rick entered a 6-week rehab program and, finally, got sober.

Two years later Rick ran his first marathon in a remarkable 3:27. The …

I’m not sure I am contacting the right person, but my name is Bert Eisenstaedt. I had a resurfacing procedure, December 8, 2006, performed by Dr. Raphael Klug, located in Roseville, Ca and is a Kaiser orthopaedic surgeon.
I received a BHR. I was on a walker for a little less than a week, a cane for approximately a week and a half and then I was pretty much on my own in 2.5 to 3 weeks. I was back to work the first week in January. I learned about resurfacing from Alan Ray, who is a member of the same athletic club that I am. He convinced me to choose the resurfacing option due to my age and health.
The purpose of this e-mail is to let other potential patients know that I feel that Dr. Klug is an excellent physician and has tremendous operating skills.