Sandra performing a mother son dance at her son’s wedding in 2015 following her left BHR hip resurfacing by Dr. John Rogerson in 2008

I am almost exactly two years out on my right hip resurface and one year out on the left and all is beyond well!

Running regularly; I did a 6.4 mile leg of a marathon relay 2 weeks ago (somehow got all the hills, even though I was the oldest on the team … hmmm) and did that in 55 minutes with no issues except pouring rain

Laura R. was finally able to cross off a goal on her bucket list. Following a right hip resurfacing there was finally no pain holding her back!

“I had my right hip resurfaced by Dr. Rogerson in July 2010. Last fall, October 2014, I hiked with my husband from the north rim to the south rim of the Grand Canyon. 24 miles in 2 days. It was #1 on my bucket list. Thanks Dr. Rogerson and team for making this possible!” -Laura R. 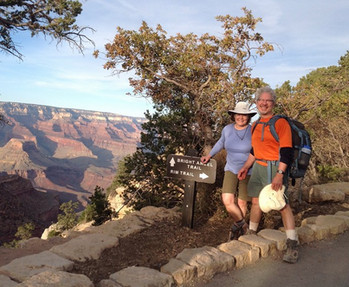 Lisa underwent her left BHR in 2007 and her right BHR in 2013. “With both hips resurfaced, I am so happy to be mobile and active again!”

Her range of motion has been restored to her pre-operative ability! 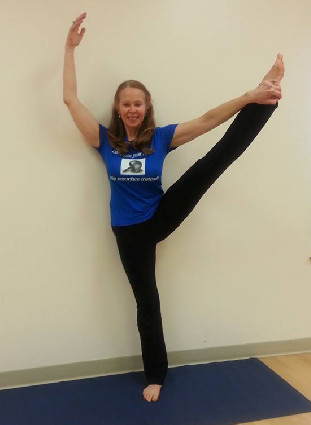 “Oh, the things you can do with a new hip! Thank you, Dr. Rogerson!” 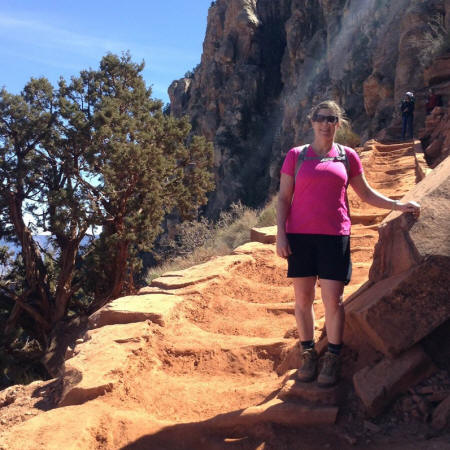 “This is me 6 months post left hip resurfacing surgery; about two miles down in the Grand Canyon. Feeling great and happy to be pain free.”

I have chosen Dr Cynthia Kelly with Colorado Limb Consultants.  We had a great consultation with her, her confidence in the procedure, experience with the whole hip AND BHR, as well as her demeanor went a long way to solidify my decision.  And while she may not have done as many as other doctors, her attention to detail, her understanding of the placement, her knowledge of the hip anatomy and her experience with limb preservation in general has give me the confidence and courage to call her my surgeon.

Scheduled for January 19, 2012.  It’s coming up fast so I don’t have a lot of time to second guess or get cold feet.  I give a pint of blood next week and am getting my short-term disability all lined up at work.

Jim Ryall continues to live a busy and active live. The intrepid walker sets out to climb Mount Aconcagua in Argentina, almost ten years after having bilateral Birmingham Hip Resurfacings (BHRs) with Mr McMinn in 2000 and 2003 respectively.

Ex-Royal Marine Jim Ryall’s used to pushing himself to the limit. But crippling hip arthritis in his late 30s forced him onto a diet of anti-inflammatories to stay active. He sought respite and after several fruitless consultations with other surgeons, bilateral BHRs from Mr McMinn – in 2000 and 2003 – enabled him to ditch the medication and get on with a pain-free life.

Now 11 years after his first BHR, Jim’s testing his hips out in the most adventurous way possible. After contemplating a Polar trek, he set his sights on a hike up Mount Aconcagua in …