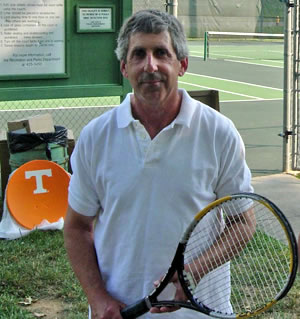 I can’t tell you how indebted I feel to Dr. Gross, Ms. Webb, and Midlands Orthopedics for restoring my active lifestyle. I had always been active – biking, skiing, tennis, lacrosse, etc. But, starting in 2002, I began to develop severe osteoarthritis in my left hip, and I was soon unable to run; even walking was painful.

I had the usual story: my local orthopedic surgeon never even mentioned resurfacing to me, he just said my choice was to continue pain meds for as long as I could stand the pain or undergo a total hip replacement (he used the phrase "gold standard"). The idea of a total hip replacement didn’t appeal to me at all, since I was in my 50s and used to being active; nor did increasing doses of pain medication, which didn’t really help very much. I had to seek out information about alternatives on my own. I found an article in an AARP publication about Dr. Stachniw, and another article in the NY Times about people who went overseas for surgery, and then – once I knew what to look for – the explosion of information online and Peggy Gabriel’s inspiring book.

Eventually, I connected with Dr. Gross and Ms. Webb, and the rest, as they say, is history. After sending my X-rays to Dr. Gross and a lengthy phone conversation with him about my suitability for resurfacing, I quickly made arrangements to come to South Carolina for that procedure, which was done in July 2005. Within six months of the resurfacing (which was done with a cemented femoral device), I began to ski again, and the following summer I began playing tennis again.

When I began to experience those familiar OA symptoms on my right side in early 2008, I immediately sent X-rays to Dr. Gross and then scheduled the second surgery, which was performed in July 2008 (this time with an uncemented femoral device). It has now been almost 8 years since the left hip was resurfaced, and almost 5 years for the right hip. I play tennis several times a week, with no hip pain whatsoever. This procedure was absolutely perfect for me. I have never had any regrets.

One detail that may be of interest concerns a pain that I had after the 2005 surgery, and what (with the assistance of Ms. Webb, Dr. Gross’s nurse and surgical assistant) I was able to do about it. About a month after the resurfacing of my left hip, I would experience an excruciating pain on that side whenever I would attempt to get up and walk after being in a deeply seated position (as in a car seat or a low upholstered chair). It would be very painful to take the first step. But after taking 3 or 4 steps, the pain would disappear entirely. This would happen each time. If I took the time to stretch my left leg a bit after first getting up, it would not be a problem. This went on for several weeks, and did not seem to be improving. When I emailed Ms. Webb about it, she said this was a fairly common observation and suggested I look into a stretching exercise for the iliopsoas muscle (which I had never heard of!). I found an exercise online

and started doing that stretch daily. I don’t know whether it was a coincidence or not, but within a few days that pain started subsiding, and within a week or two it was completely gone. I continue to do that stretch as part of my daily exercise routine, and the pain never has returned.